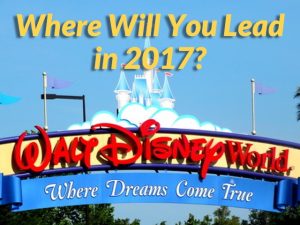 Recently I was watching an interview of a someone I used to admire. He was a two time gold medalist in the pole vault and minister Bob Richards. Back when I was a pole vaulter and a Christian myself, he gave me motivation for both. In the video he told about how he used to practice pole vaulting beside the church every afternoon (wow!). He said there was a little “wobbly fat” girl who used to watch. One day he had a conversation with her and asked her what she wanted to be in life. He was surprised to hear her say she wanted to be the greatest tennis player who ever lived. He didn’t see it. But she did! Her name? Billie Jean King.

Richards himself used to put up pictures of Dutch Warmerdam, the first man to break 15 feet in the pole vault, on his bedroom wall. Richard became the second man in history some time later. We hear people doing similar things all the time. Arnold Schwarzenegger admired a bodybuilder and movies star Reg Park and that’s what he strived for. Tiger Woods was motivated by Jack Nicklaus’ chart of titles he had won and the age at which he won them.

Childish idealism? Maybe. But it begs the question. Where will you lead in 2017? Do you have a “vision” for what it will look like? Do you have an “ideal future” in your brain? Richards says, “You become what you go for!” So, what are you “going for” in 2017?

Consciously or unconsciously we all have an idea in our mind of where we are headed. for some it might just be keep on doing what you do: preach, teach, one more year of VBS, etc. So, how much of a stretch is that for you? What are you becoming (as well as your church) with that kind of future in mind? For others you have a picture in your mind of a thriving ministry where people spend more time serving and engaging with others off the church property than on. That image also infects what are you doing every day and will get you closer to that image. Inevitably the image in your mind will lead you to decide your priorities and how you will steward your energies. The question is, how conscious and how intentional are you in that picture of where you want to go? How passionate is it burning in your heart?

No, we’re not going to quote Proverbs 29:18. That passage speaks of God’s prophetic Word, not about personal or congregational vision. But John the Baptist had a picture in his mind when he said, “He must become greater, I must become less” (John 3:30). Jesus had that clarity of mind when He said that He “came to seek and to save the lost” (Luke 19:10). He said, “the Son of Man did not come to be served but to serve and give His life as a ransom for many” (Matt 20:28). Jesus then gave away the ministry by handing the whole mission and ministry over to His disciples! Amazing! You become what you go for.

So what about you?