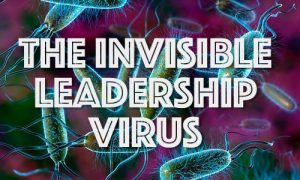 I’m afraid of coming across as demanding or controlling.
What does this mean? If I’m too forceful as a leader then I would put off and upset some people, perhaps even alienate some and because of that a) they may not like me b) they may leave and c) I wouldn’t be able to be a good pastor to them in the future.

So what is the “safe” (and mistaken) alternative?
To endeavor to be “pastoral” in your leadership style, i.e. more caring, passive, or accommodating, more servant hearted, more supportive of their view, less opinionated, etc. All the while trying to just focus on “pastoral” duties all the more.

What are the unintended consequences?
The church seems to lack direction or momentum. It bumps along from season to season, activity to activity and one idea to the next with no cohesive thought. The loudest (or angriest) voice in the room often gets their way, even if it is from left field. The pastoral leader gets frustrated at the decisions that often take place. The leader may even feel like leaving or quitting but often they simply retreat once again to their pastoral duties of preaching and teaching. They try to dismiss the frustrations that happen with the church council or elders or voter’s meeting. Sometimes they react by snapping at others but more likely they snap at the family dog (or worse).

What does the pastoral leader (mistakenly) say to themselves?
I’m just here to preach and teach and care for the flock. If things don’t go well, it’s not my fault. I’m operating with a servant leadership model and try to lift up the ministry of the laity in this way. I ask them what “they” want and keep my opinion to myself. I better not say anything or someone will “bite my head off” and I’ll regret what I said. I’ve got enough scars. Besides, leadership and pastoring is not compatible.

Does any of this sound familiar? We often think the most common leadership flaw or error is a controlling or a manipulative leader. But it’s probably the passive leader that is the most common problem. This is when the so-called leader just goes along to get along while telling themselves that leadership is incompatible with being pastoral.

But there are some serious flaws in this thinking!
First, we don’t find our worth in our work or what people say. We find our worth in Christ. So, we don’t change what we say or do in order to be liked. We behave in a way that is consistent with the gospel. Sometimes that can be unexpectedly gracious and sometimes it can be interpreted as inflexible and seriously upsetting to people.
Secondly, leadership is completely compatible with being pastoral! A Christian pastor stands for something. Not just doctrine, but also practice and priorities. That is leadership. It speaks and also exemplifies what is important. To simply be passive and withdraw from the conversation or make choices that appease even though it may contrary to the gospel priorities is the opposite of pastoral and it certainly isn't leadership.

What will be the results (intended consequences)?

Who can you talk to about this change for you?
A coach may be a great option

One thought on “The Invisible Leadership Virus”