Skip to content
6
SHARES
ShareTweet
Subscribe
On our way home from church this past Sunday my wife Maria and I were talking about the normal things. She 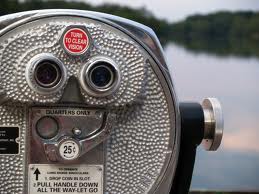 mentioned that she saw that a volunteer was wanted for organizing the Operation Christmas Child shoebox project. If you are not familiar, this is where individuals pack a shoebox for a boy or girl at an identified age along with perhaps a donation and send it to a location where it is distributed to a child in need. It is a great activity.
Maria said she was busy and didn’t have much time to make phone calls, packing and transporting the boxes and organizing the whole thing. I then started thinking out loud. “Well, you don’t have to make the phone calls, transport the boxes and do the whole thing.” Really?
Well, what does that look like? Many people seem a bit sheepish to step up because they assume that if they agree to take on a project and lead it then basically they have to do it, of course with some help from others, but they had better be willing to make it all happen and do it all yourself if necessary. True? To a point, but only to a point. There is another way.
I then described a scenario for her. I said, “It seems to me that people are reluctant to step up and lead because they assume they have to do it all or come close to that. What if you agreed to lead it but you saw your job was to recruit others who saw their jobs as recruiting others? Furthermore what if your first calls were to those who were not active in any other ministries so the same 20 people were not being asked - yet again - to make something happen? Probably the inactives would be more open to the call because they would be asked to help make a difference for someone else (the children) rather than being called to come back to worship or give to the stewardship drive. In this way you could get new people involved, they would feel valued and making a difference and would probably come back to worship as a result. You could convene a few meetings with the willing after church and define the job of the steering committee not to do the job but to recruit others to do the job. Make sure you announce activities and steps along the progress of the Operation Christmas Child project well ahead of time: in the bulletin, on the website, in the newsletter, through phone calls, so people can have plenty of opportunity for people to hear, have time to be ready, clear their calendar, get excited, share the excitement and get involved. So you wouldn’t have to do everything but just see your job as the main recruiter of the recruiters, check progress and coach others to action and make sure the appropriate things happen along the way.”
We kept talking. She said hadn’t even thought of it that way. It sounded much more of a realistic possibility. Then the car hit the garage and the subject changed. We’ll keep talking.
Doesn’t that compare and contrast the approach and emotional response of how people get involved? I think it is a night and day difference. One feels burdensome and the other lighter and affirming of others who are often overlooked. Who knows what will happen with this project but I’ve seen it work wonderfully well in the past. Why not again, and again, and again?
What does it look like for you?
Coaching Questions:
Let me know how this works for you and what it looks like in your context.
Empowerment Part 11 What Does It Look Like?